Boleslav A. Holtsman was the primary American intelligence liaison with Ukrainian nationalist leaders at the end of WWII and years beyond.

Bill Holtsman served as a translator with OSS in Europe until his discharge in early 1946. He received an appointment as Intelligence Officer with SSU/X-2 in March 1946 and joined the Office of Special Operations (OSO) in October 1946. Holtsman transferred from Munich to Berlin in 1948 to work on Polish operations and returned to the United States in 1953. [...] Holtsman made preliminary contact with the Ukrainians through his Russian sources in July 1946 and reported what he had learned in "Ukrainian Groups Now in Germany (General Info)," [...]."1

"The Strategic Services Unit (SSU, the successor to the wartime Office of Strategic Services, or OSS, and precursor to the Central intelligence Group and Central Intelligence Agency) learned about anti-Soviet Ukrainian resistance movements that continued after the war in Western Europe. Boleslav A. Holtsman, SSU's X-2 (Counterintelligence) representative in Munich, became the primary American contact with Ukrainian leaders in the American zone in Germany. By September 1946, Ukrainian sources gave Holtsman several reports dealing with the organization of Soviet intelligence in western Europe. (S) Three problems prevented immediate and close collaboration between SSU and the Ukrainian emigres. Most importantly, American intelligence was woefully ignorant of the different Ukrainian groups and their aims. Col. William Quinn, Director of SSU, recommended gathering intelligence about the history, reliability, and motivation of the disparate Ukrainian emigre organizations before "major steps are taken to exploit them for intelligence purposes."(S) [...]"2

"In mid-1946, [Zsolt] Aradi and Holtsman launched two separate espionage and counterespionage projects for SSU/X-2 using Ukrainians still in Germany. BELLADONNA drew upon Aradi's contact with [Ivan] Hrinioch to collect information on the Soviet military. LYNX, under Holtsman's direction, focused on identifying Soviet agents in western Germany. Project TRIDENT replaced LYNX in early 1947; TRIDENT promised better control of Ukrainian affairs and security. Project UKULELE, under Bill Holtsman's direction and an offshoot of LYNX/TRIDENT, drew upon the services of a double agent known only as SLAVKO.(S) In all three projects, Holtsman and Aradi used Myron Matvieyko, chief of OUN's security branch, Sluzba Bezpeka, as their primary contact in Munich. Using Matvieyko proved a mistake. He was an Abwehr agent during the war and later exchanged information gained from OUN's "bunkers" in Germany "for protection in the American Zone and some minor operational supplies." His reports soon became unreliable and his actions questionable, so CIA dropped him in 1950 for "ineptitude." In 1951 Matvieyko defected to the Soviets and denounced the entire Ukrainian emigre leadership as Nazi collaborators and tools of the "capitalist intelligence services." Matvieyko's defection confirmed some American and Ukrainian suspicions that he had been a Soviet double agent throughout his work with US intelligence.(S) Matvieyko's illegal activities during the late 1940s (including murder and counterfeiting) strained American willingness to work with the Ukrainians in Germany." By the spring of 1947, Headquarters reported that "Washington does not feel that intelligence derived from such Ukrainian groups is worth the time and effort which would necessarily have to be expended on such a project. Experience has shown that information derived from such organizations has been both low-grade and ideologically biased. (S) Holtsman, in fact, dropped arrangements with the LYNX group inlate 1946 and focused on more limited contact under Operation TRIDENT. In doing so, he severed relations with Hrinioch (who had been Aradi's source) while still maintaining contact with Matvieyko. In the meantime, OUN' s ongoing internal dissension further tested American patience with the Ukrainians. After a stormy meeting in Germany in August 1948, the leaders of the ZPUHVR in Germany (principally Lebed and Hrinioch) broke with Bandera's OUN. The increasingly totalitarian attitude taken by Bandera and his stubbornness towards the West constituted the main reasons behind this break. (S)2 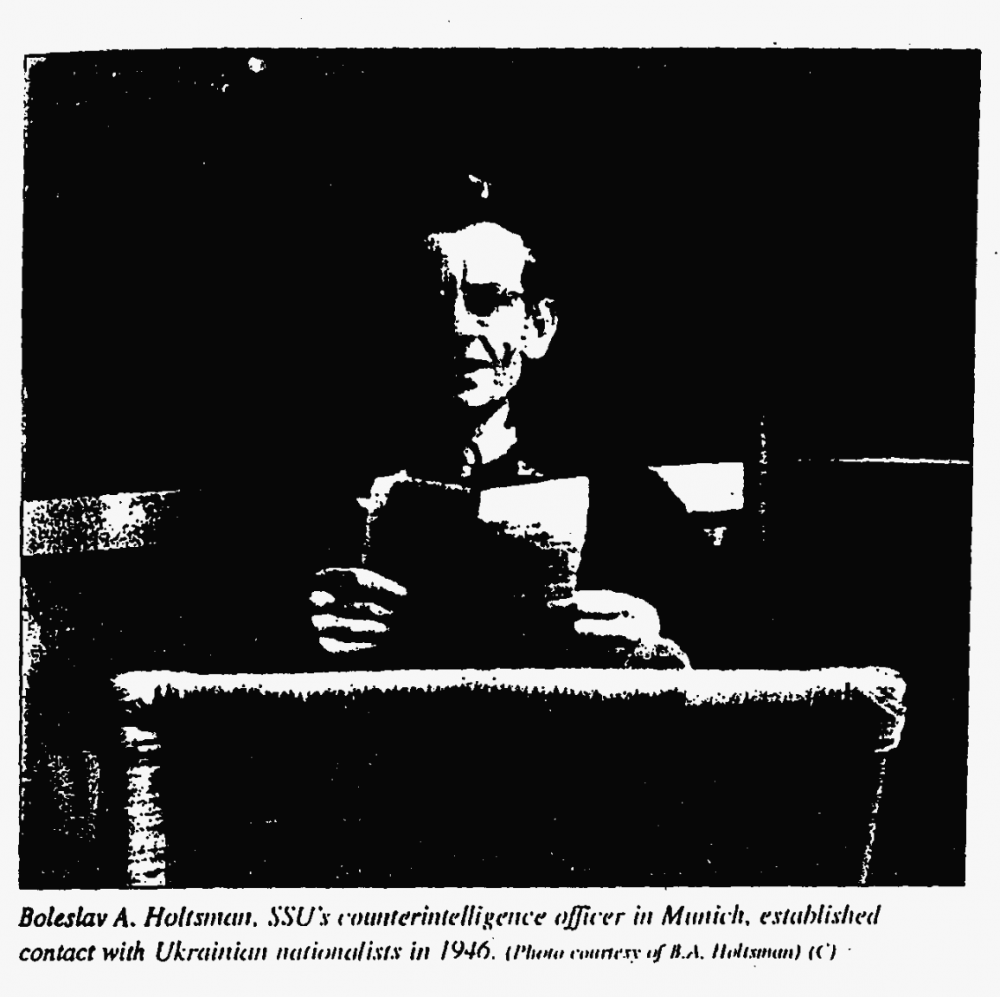 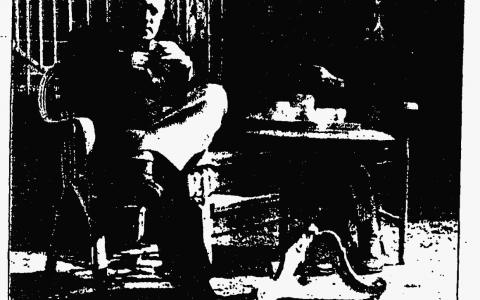 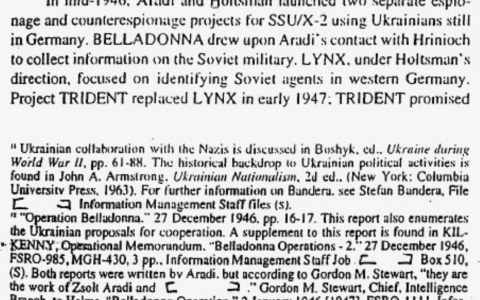